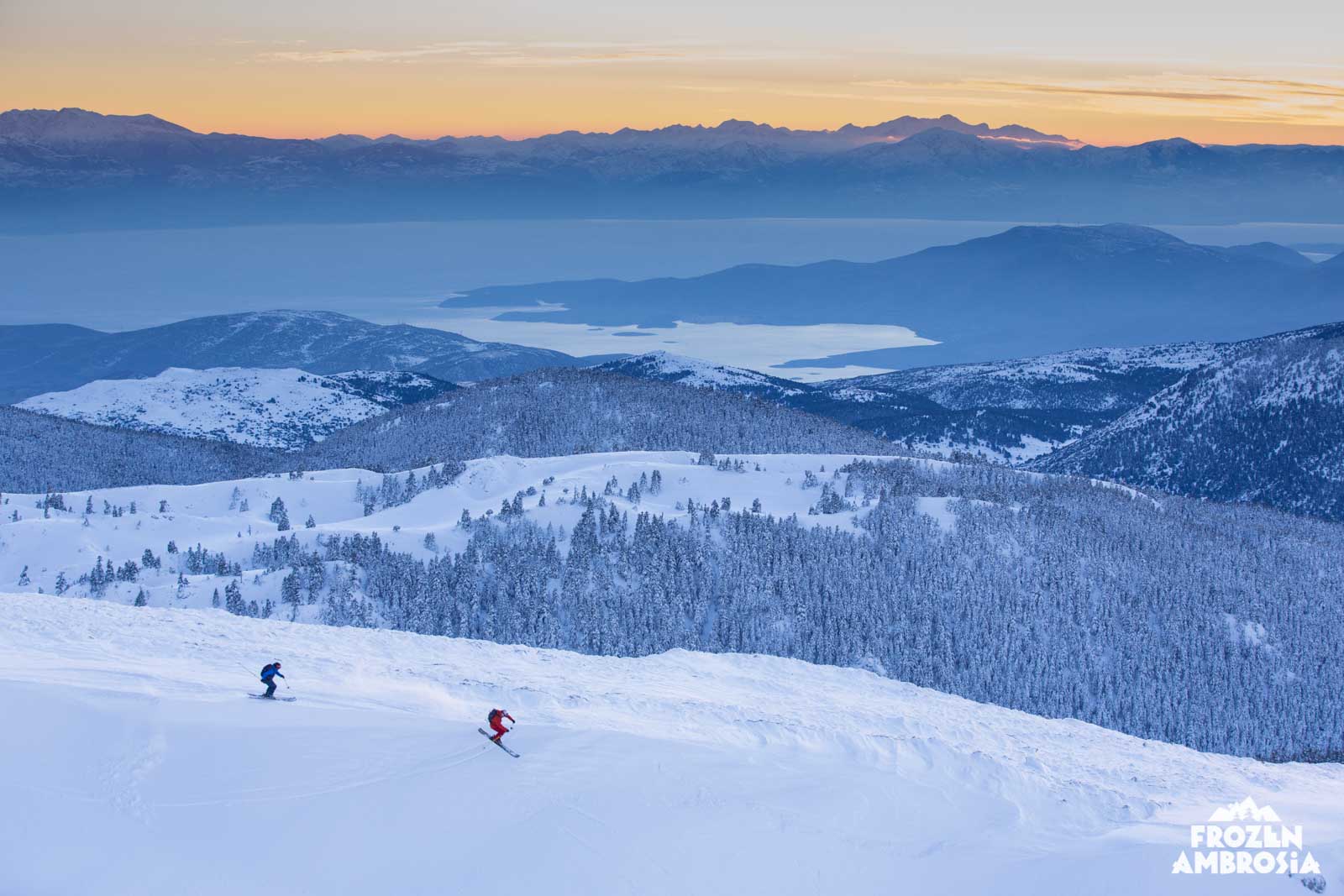 Mount Parnassos (/pɑːrˈnæsəs/; Greek: Παρνασσός, Parnassos) is a mountain of limestone in central Greece that towers above Delphi, north of the Gulf of Corinth, and offers scenic views of the surrounding olive groves and countryside. According to Greek mythology, this mountain was sacred to Dionysus and the Dionysian mysteries; it was also sacred to Apollo and the Coryciannymphs, and it was the home of the Muses.

The slopes of Mount Parnassus are composed of two ski sections, Kellaria and Fterolakka, which together make up the largest ski center in Greece. A smaller ski center (only two drag lifts) called Gerontovrahos is across a ridge from Kellaria.

This article uses material from the Wikipedia article “Mount Parnassus”, which is released under the Creative Commons Attribution-Share-Alike License 3.0.