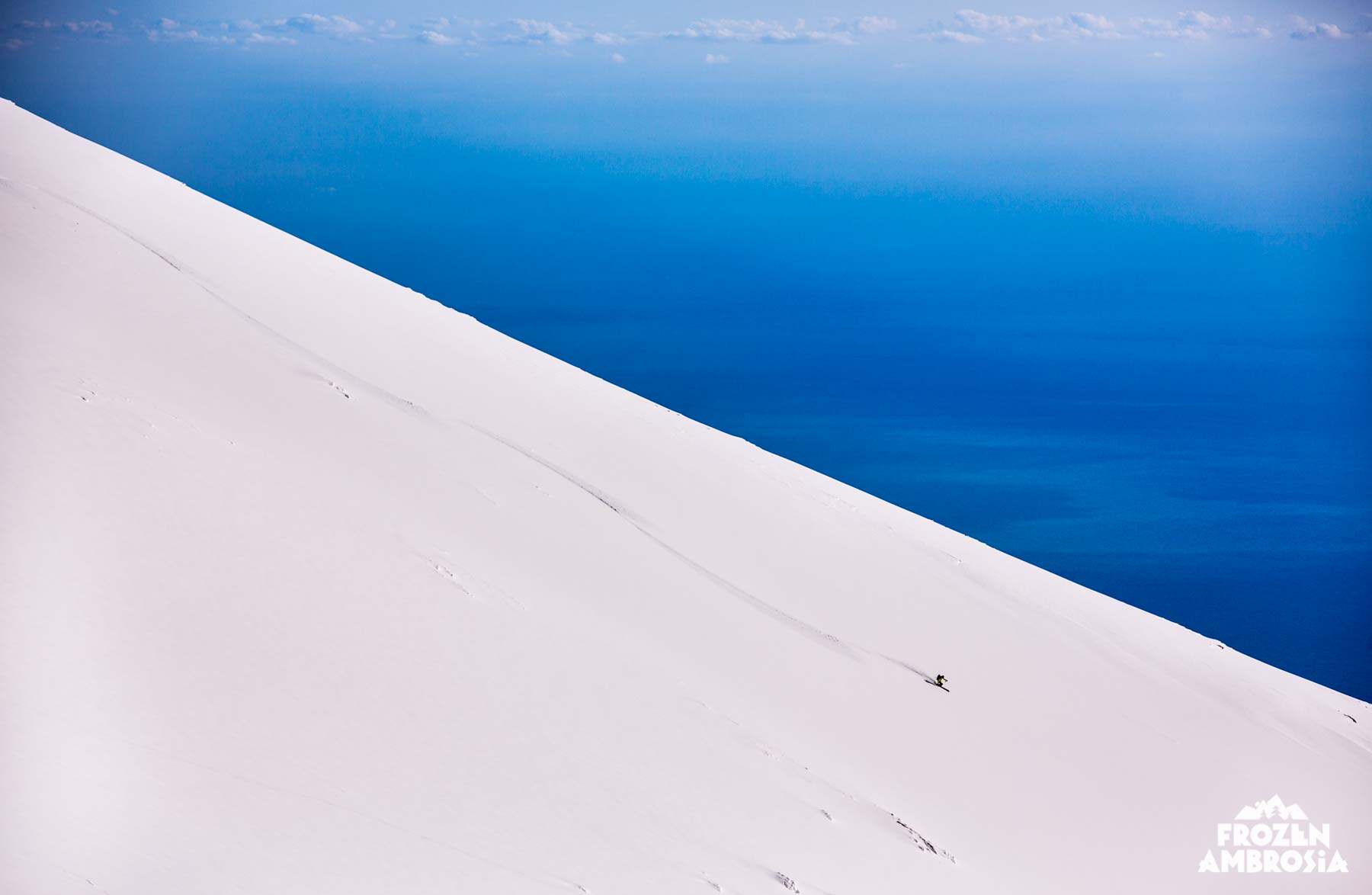 Psiloritis (known as Mount Ida in ancient times), holds a special place in the ancient mythology. The mountain was believe to be the cradle of Zeus. Zeus, along with his five siblings, were in great danger from their father, Kronos, after their birth. Kronos had been given a prophecy that one day his children would overthrow him and assume his throne.

The siblings could not be saved. Kronos ate them. However, to protect Zeus, his mother hid him in a cave on Psiloritis. Here he was nursed on goat’s milk and honey, while protected by a group of wild mountain gods know as the Kouretes, who drowned out the baby’s crying by clanging their swords against their shields. Finally, upon reaching adulthood, Zeus confronted his father. After forcing him to disgorge the trapped siblings, he killed Kronos and became the new rulers of the universe.

In the eons of time since, very little has changed on Psiloritis. The mountain is completely undeveloped aside from a few roads. There’s just enough there to get you to the base. The rest is up to you!

For the full story about skiing in Crete, watch the feature film Crete Arising.