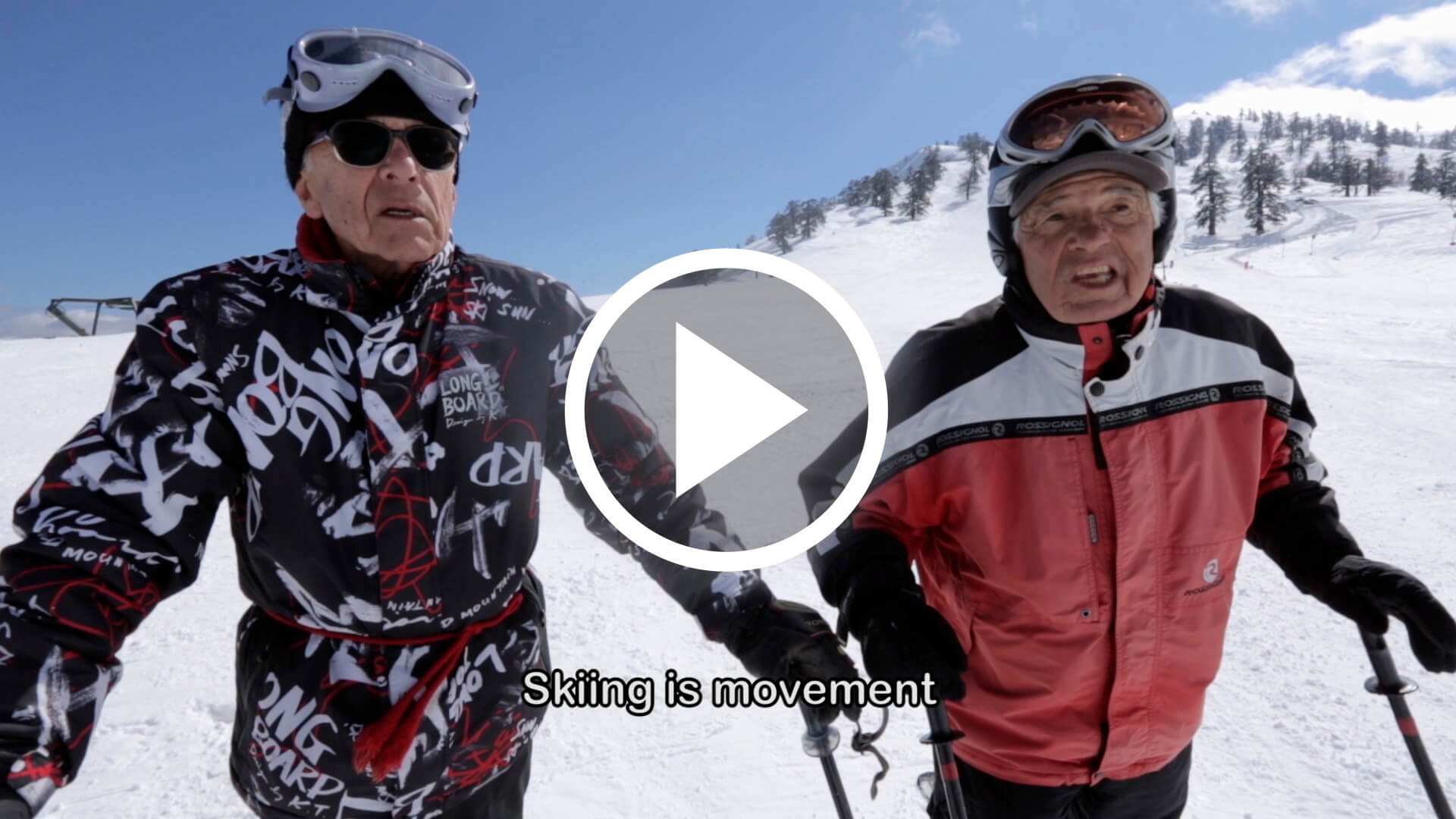 When I used to make ski movies, I was focused completely on hard-core action, due to the nature of the product. Apparently I was missing out. There’s nothing more exciting than watching someone ski at the limit of human performance. However the most special moments on the mountain occur closer to reality. Sometimes they occur right next to the parking lot.

During the filming “Frozen Ambrosia,” I had the chance to do some Vasilitsa old time skiing with two of the coolest characters I’ve met anywhere. It was such a an inspiration to hear them describe their experience. The part where they describe the relation between movement and life is pure Greek. Check out this short clip of Dimitris Managas and Athanasios Zapros tearing up the slopes of their home mountain, Vasilitsa in Northwest Greece. Also, check out the feature film Frozen Ambrosia to see more from Vasilitsa.