At age 35, professional skier and seven-time X-Games gold medalist Tanner Hall struggles to stay at the top of his sport, overcoming injuries and addiction to compete for his first time on the Freeride World Tour.
(Subtitles for French and German)

With seven Winter X-Games gold medals and a career spanning twenty years, Tanner Hall has cemented himself as an icon and legend in the sport of skiing. Now, at age 35, he’s decided to enter the Freeride World Tour; a five-stop competition circuit in which skiers are judged on their ability to descend through rugged, un-groomed terrain. Having never competed in a freeride competition, Tanner embarks on the latest chapter of his career, struggling against the limits of an aging body while confronting the darkest memories of his past.

Tanner Hall, nicknamed thee ‘Ski Boss’, was born in Kalispell, Montana. He grew up skiing at Big Mountain, now named Whitefish Mountain Resort. He began skiing at age 3, and joined the freestyle ski team at age 10, skiing moguls and aerials until age 15. In the winter of 2001 he won his first major ski competition, the US Open in Vail, Colorado. A few weeks later, he won his first gold medal at the X-Games in Big Air. Since then Tanner has become one of the most influential skiers of all time. His career highlights include seven X-Games gold medals, as well as appearances in dozens of major ski films over the past two decades.

Constantine Papanicolaou grew up in New Jersey and graduated from the University of California Berkeley with a degree in Applied Mathematics. Subsequently, during his time at Berkeley he became interested in film and video production. Subsequently he produced and directed his first ski film, titled “Butter”. After that he spent a decade producing and directing action sports films for companies such as Oakley, Red Bull and ESPN. Now, Constantine has created Frozen Ambrosia, a production company focusing on high quality narrative films. To watch the original Frozen Ambrosia film, click here. Constantine is based in Athens, Greece and Truckee, California. 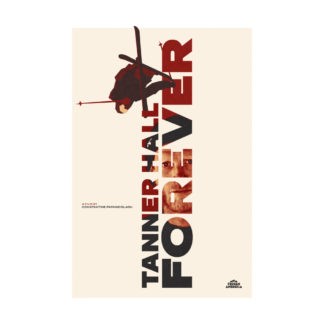