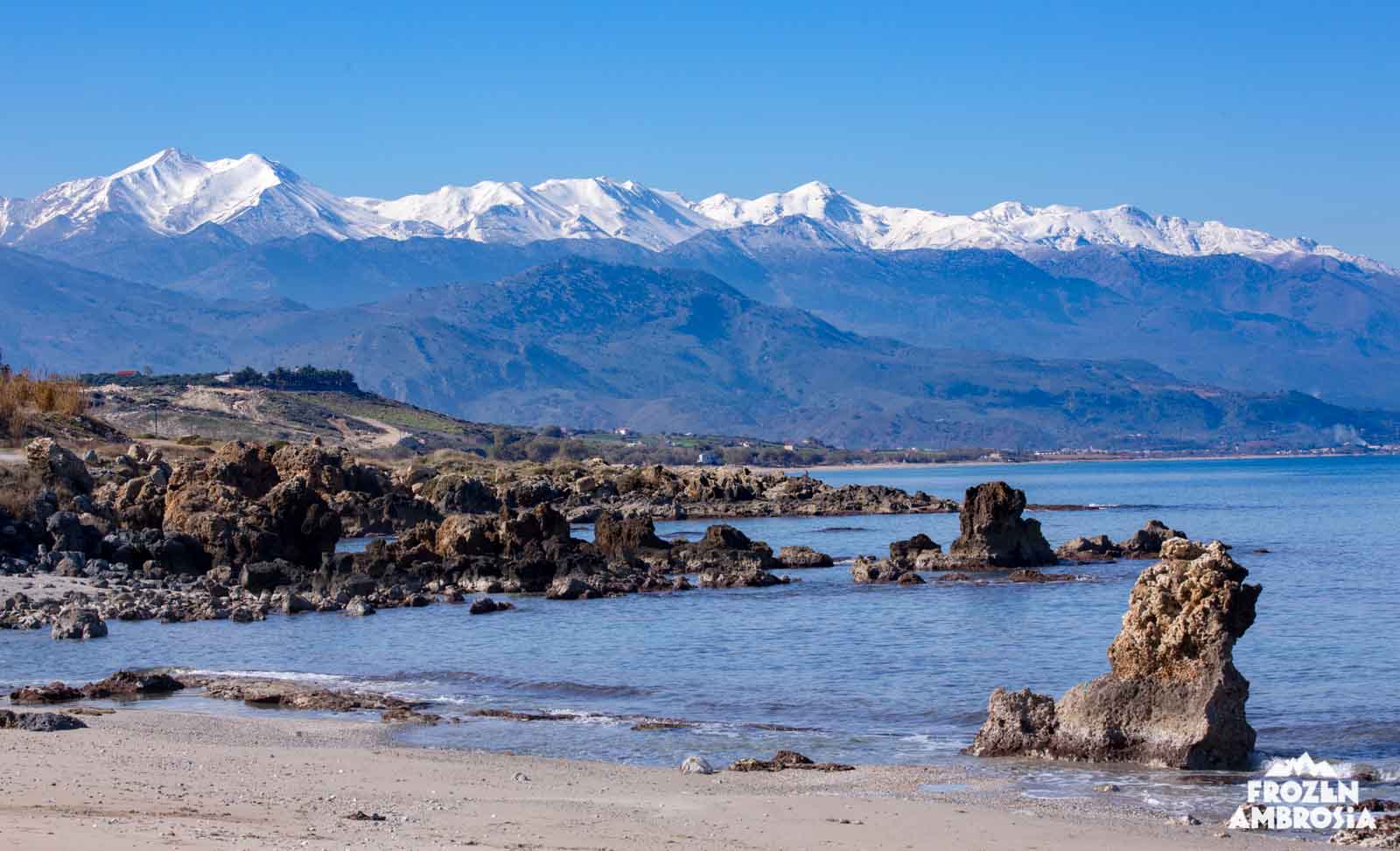 Lefka Ori Ski Touring – Lefka Ori (Greek: Λευκά Όρη, meaning “White Mountains”) or Madares (Μαδάρες from the Cretan Greek μαδαρός meaning “without coverage, bald, bare of any vegetation for high mountain areas”) is a mountain range located in Western Crete, in the Chania prefecture. The White Mountains or Lefka Ori occupy a large part of the centre of West Crete and are the main feature of the region. They consist mainly of limestone, from light grey to bluish or black color. The “White Mountains” have got their name from the perpetual white or off white color of their peaks as the off white of limestone during the summer and fall interchanges with the snow that covers the peaks until late in spring.

The highest summit is Pachnes with 2,453 m (8,048 ft) and there are over 30 summits that are over 2,000 m (6,562 ft) high. Additionally, the Lefka Ori also have about 50 gorges, the most famous being the Samaria Gorge. The central and southern part of the Lefka Ori lying at an altitude of 1,800 m (5,906 ft) and above resembles a “moon landscape”. This is technically called a high desert. It is unique in the northern hemisphere. The Lefka Ori has a rich history as a hiding place for rebels during Cretan uprisings against the Venetian and Ottoman rulers, as well as during German Occupation (1941–1945).

This article uses material from the Wikipedia article “Lefka Ori”, which is released under the Creative Commons Attribution-Share-Alike License 3.0.

This website uses cookies to improve your experience while you navigate through the website. Out of these cookies, the cookies that are categorized as necessary are stored on your browser as they are essential for the working of basic functionalities of the website. We also use third-party cookies that help us analyze and understand how you use this website. These cookies will be stored in your browser only with your consent. You also have the option to opt-out of these cookies. But opting out of some of these cookies may have an effect on your browsing experience.
Necessary Always Enabled
Necessary cookies are absolutely essential for the website to function properly. This category only includes cookies that ensures basic functionalities and security features of the website. These cookies do not store any personal information.
Non-necessary
Any cookies that may not be particularly necessary for the website to function and is used specifically to collect user personal data via analytics, ads, other embedded contents are termed as non-necessary cookies. It is mandatory to procure user consent prior to running these cookies on your website.
SAVE & ACCEPT