Eirini, Maria and Andriana join together for a girls only ski mountaineering adventure across the country of Greece.

The popular conception of Greece is that of the perfect summer holiday spot, full of beaches and islands. However, few people realize that the 80% of the country is mountain, and that it is one of the most mountainous countries in Europe. Furthermore, even fewer realize that Greece receives abundant snowfall during the winter season. In fact, Greece is an epic environment for ski touring and splitboarding.

Frozen Ambrosia is a production company based in Athens. The company was founded by world renowned extreme sports film director Constantine Papanicolaou. Our objective is simple: to make world class mountain adventure movies. In doing so, we hope not only to entertain you, but to help promote the undiscovered side of Greece. 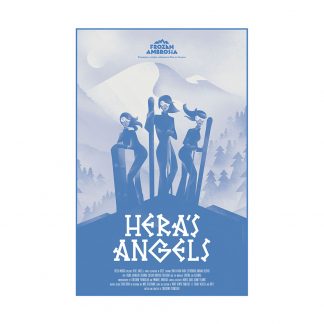