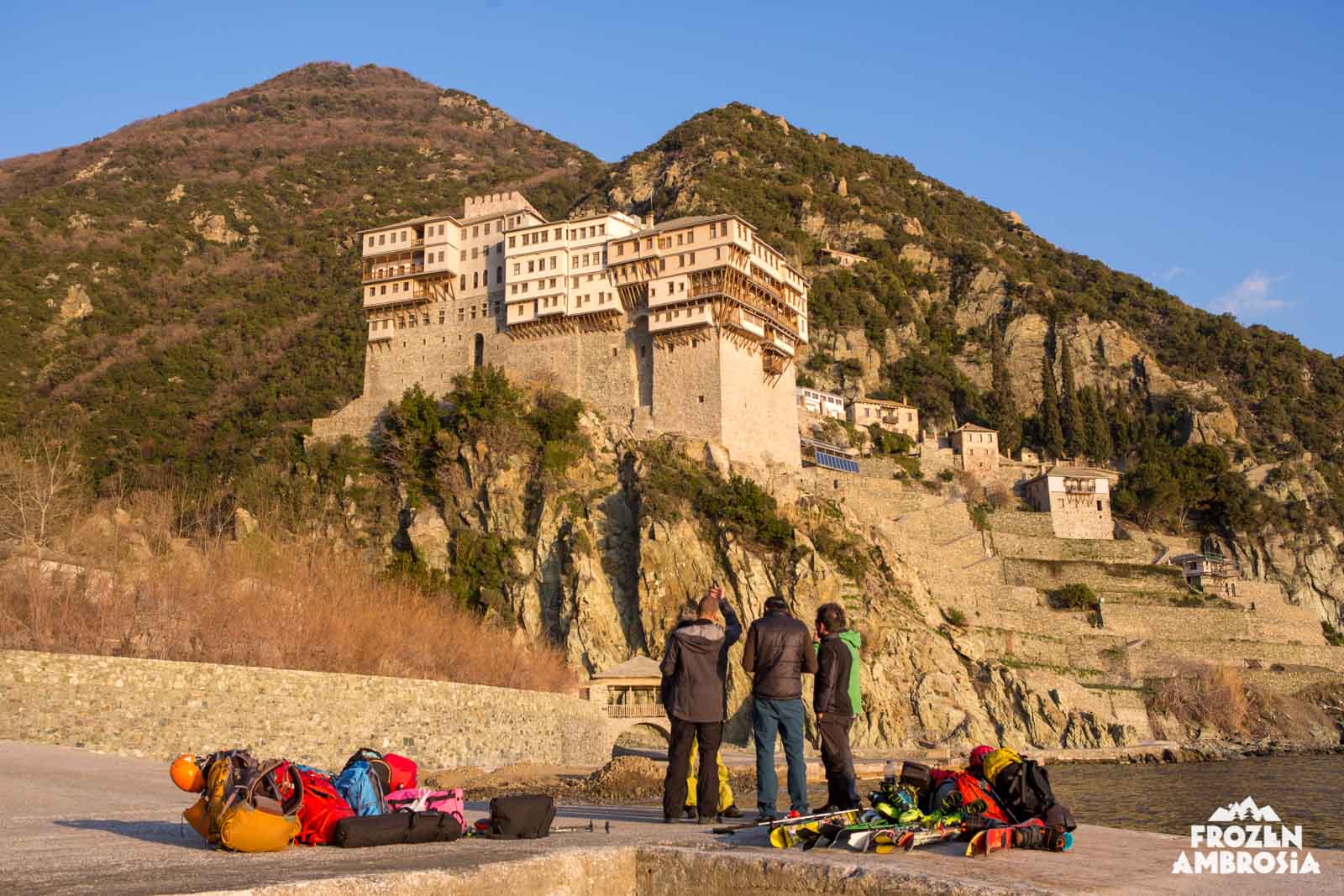 Skiing and Snowboarding on Mount Athos

The idea of skiing and snowboarding on Mount Athos was one we had been dreaming about for years. However, we were not sure however if it would ever be possible. Athos has been a holy Christian sanctuary for over 1000 years. It is therefore not a place one travels to indiscriminately. Because most people regard skiing and snowboarding as frivolous, we expected a negative reception.

No one to date has ever skied or snowboarded from the summit of Athos, however we were granted permission. In February 2017, we made our winter pilgrimage to Agion Oros, the Holy Mountain, and completed the first ever winter descent from the summit. Check out the video to see some footage of skiing and snowboarding on Mount Athos.