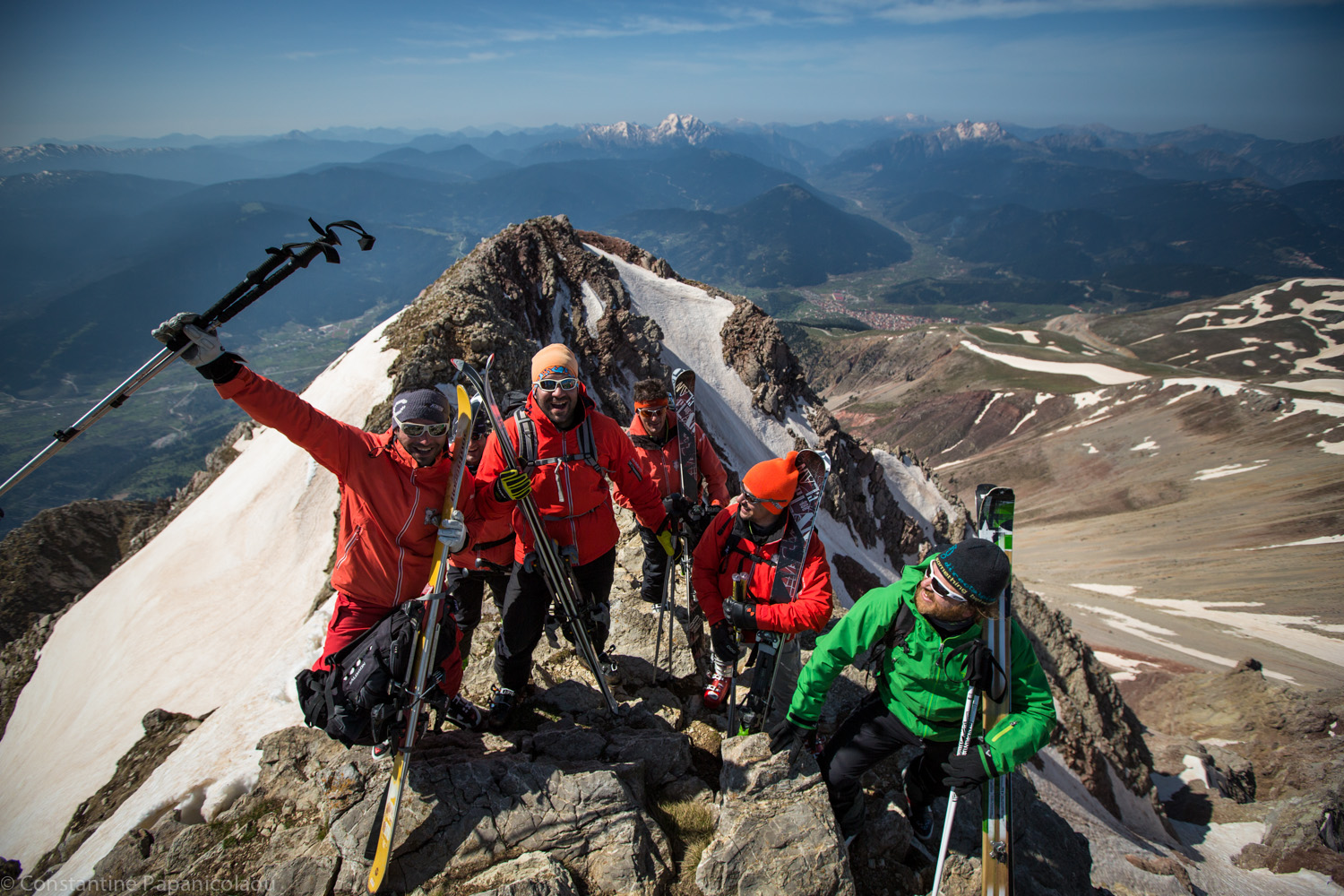 Karpenissi (Central Greece) is situated in the valley of the river Karpenisiotis, a tributary of the Megdovas, in the southern part of the Pindus Mountains. Mount Tymfristos (2,315 m elevation) lies directly to the north of the town, and the foothills of mount Kaliakouda are in the south. Karpenisi has a ski resort and is a popular destination, especially during winter. It is called Switzerland of Greece for the resemblance with the mountainous country and its beauty, atypical for a Mediterranean place.[2]

Tymfristos (Greek: Τυμφρηστός) is a mountain in the eastern part of Evrytania and the western part of Phthiotis, Greece. The mountain is a part of the Pindus mountain range. The elevation of its highest peak, Velouchi (Greek: Βελούχι), is 2,315 m. The name Velouchi comes from Velos which means arrow. Aetolian archers were known for harassing invading pre-Christian Celts and Persians with their famous archery.

Forests dominate the lower areas of the mountain, while the higher elevations are covered with grasslands. The nearest town is Karpenisi, to the southwest. Other villages are Tymfristos and Agios Georgios Tymfristou to the east. The Greek National Road 38 (Agrinio – Karpenisi – Lamia) passes south of the mountain.

This article uses material from the Wikipedia article “Tymfristos” and “Karpenisi”, which are released under the Creative Commons Attribution-Share-Alike License 3.0.